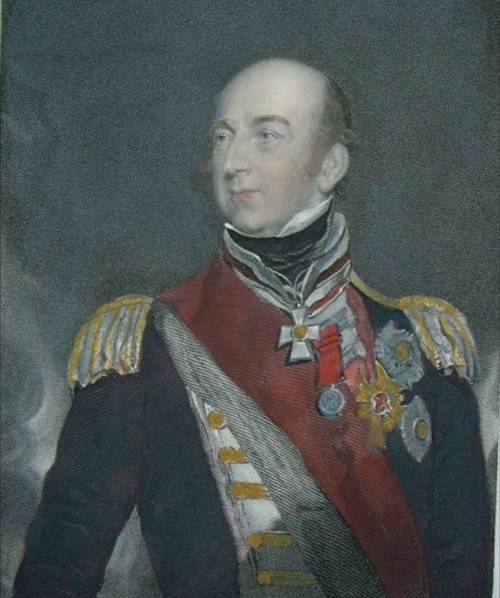 The era of the French Revolutionary Wars and Napoleonic Wars contained hundreds of highly dedicated naval officers whose names have been largely forgotten and appear as obscure footnotes in equally obscure books. Indeed, when one advances outside the circle of Howe, Jervis, Cornwallis, Nelson, and Parker few of the names of even the brightest lights of the era are recognizable to the modern eye. One of those is Admiral Sir Edward Codrington. END_OF_DOCUMENT_TOKEN_TO_BE_REPLACED

END_OF_DOCUMENT_TOKEN_TO_BE_REPLACED

Most readers of naval fiction of the Age of Sail are fairly familiar with the broad outlines of the Napoleonic Wars. In reality, Britain had been at war with Revolutionary France for nearly seven years when the 18 Brumaire Coup brought Napoleon to power.

END_OF_DOCUMENT_TOKEN_TO_BE_REPLACED

In the course of the career of Dewey Lambdin’s character Alan Lewrie he has contact with several notable personages of his time. This is not unreasonable as the Royal Navy was a relatively small and decidedly insular institution in an age where junior officers could expect to make the acquaintance of very senior officers or government ministers. As an aside, in the US Army from its inception until the vast expansion with the peacetime draft in 1940 it was expected that Regular Army officers passing through Washington, DC would make courtesy calls on the Secretary of War and the President, though this in practice usually meant the officer left a calling card.

Some of these personages become his patron, such as Admiral Sir Samuel Hood. Richard Howe, 1st Lord Howe is one of these real persons who helps the career of young Lieutenant Alan Lewrie along.

END_OF_DOCUMENT_TOKEN_TO_BE_REPLACED

Midshipman Flinders at the Glorious First of June

Often the truth of combat during the Age of Sail is at least as strange as the fiction set during that era. Sometimes the participants went on to fame. More often their fate is cloaked in obscurity. I plan on writing on more of these happenings in the future but for the first installment I’ll take the case of Midshipman Matthew Flinders of HMS Bellerophon during the Battle of Ushant, also known as The Glorious First of June fought on 1 June 1784.