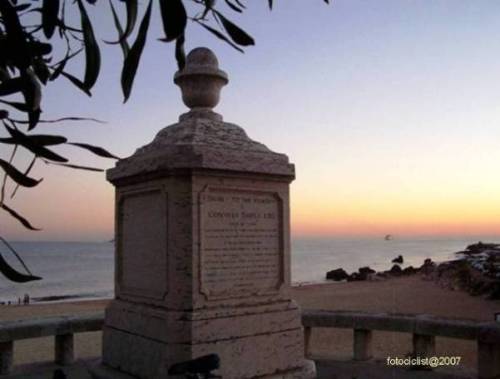 (photo located here)
We briefly mention Commander Conway Shipley in the story below, Capture of l’Egyptienne. In that story he is the 21 year old commander of HMS Hippomenes who gave chase to, and captured, the 36-gun privateer l’Egyptienne in the Windward Islands. But sometimes these marginal notes become interesting stories in their own right.

Shipley was the son of William Davies Shipley, the dean of St. Asaph, who had achieved some degree of notoriety in his own right as the subject of a libel prosecution by the Crown.

We don’t know much about Shipley. We can presume that he went to sea in his early teens and had probably been carried on the muster roll of one or more ships since age five or so because he was already a commander at age 21. Based on his encounter with l’Egyptienne he seems to have been an energetic officer and after that adventure he remained in command of Hippomenes until November when he was posted captain. END_OF_DOCUMENT_TOKEN_TO_BE_REPLACED

The Alan Lewrie Novels: A Perspective

I’ve recently finished working my way through Dewey Lambdin’s series of novels following the career of his character Alan Lewrie. I stumbled onto the first by accident, was captured in the first paragraph, back in November and to a certain extent that novel, The King’s Coat, crystallized some ideas that had been floating around in my head about providing a researched resource covering life at sea, particularly life in the British navy, in the 18th and early 19th centuries.

It seems that I have nearly a year to wait until the next installment arrives, so I’ll close this chapter with my perspective on the novel and the character.

END_OF_DOCUMENT_TOKEN_TO_BE_REPLACED 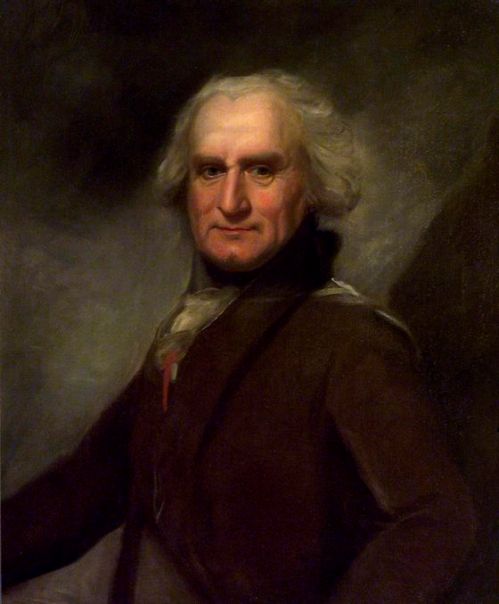 We’re slowly but surely working our way through the mutiny of the Channel Fleet at Spithead and the the North Sea Fleet at The Nore with the help of Mainwaring’s Floating Republic.

We’ll take a time out from the action to introduce characters who are central to the story. One of these is Admiral Lord Bridport, commander of the Channel Fleet.

Alexander Hood, brother of Samuel Hood, was born in 1726 and entered the navy at age 15. He was appointed a lieutenant in 1746 and served in that rank for ten years before being promoted to commander. He caught the eye of Rear Admiral Sir Charles Saunders and served as his flag captain before commanding a frigate with some distinction at the Battle of Quiberon Bay and in single ship actions.

He was promoted to rear admiral in 1780. At the end of the American Revolution he went on half pay and served in the House of Commons. He was recalled to the colors when war broke out with Revolutionary France and fought under Lord Howe at the Glorious First of June. For his heroism he was created Lord Bridport.

On 23 June 1795, with his flag in HMS Queen Charlotte, he fought the inconclusive Battle of Groix against the French off the Île de Groix and captured three ships. Wikipedia says he was criticized within the navy for failing to win a more decisive victory, though that seems hard to credit as it doesn’t seem much less decisive than most of the other sea battles of the era.

In that same year he succeeded to command of the Channel Fleet and held that command until his retirement in 1800.

Some accounts of the Spithead mutiny paint Bridport as somewhat feckless and indecisive during this crisis. I’m not certain that assessment bears up under analysis.

As I’ve noted in the past, an astonishing number of historical characters have roles in Dewey Lambdin’s Alan Lewrie novels. One of those who makes an appearance in A King’s Commander is Captain, later Admiral, George Cockburn.

Cockburn, pronounced “Coe-burn”, is most famous to American readers for burning Washington, DC and on his way through the area confiscating the letter “C” from print shops so his name could not be spelled.

He was a real character, a protégé and favorite of Horatio Nelson, a devoted, resourceful, and audacious naval officer, and First Lord of the Admiralty when steam and the screw propeller ended the era of fighting sail.
END_OF_DOCUMENT_TOKEN_TO_BE_REPLACED

A King’s Commander covers the year 1794 in the life and career of Dewey Lambdin’s naval hero, Alan Lewrie.

Lewrie finishes commissioning his new command, HMS Jester, the former French corvette Sans Culotte captured by Lewrie in HMS Cockerel, in Portsmouth in preparation for assignment to the Mediterranean under his patron Admiral Lord Samuel Hood. Enroute they run afoul of a small French squadron and are pursued, saved only by stumbling onto Admiral Howe’s fleet engaged in the Glorious First of June.

END_OF_DOCUMENT_TOKEN_TO_BE_REPLACED

The King’s Commission continues the story of Lewrie’s first term of service in the Royal Navy. It begins in January 1782 and takes Lewrie’s career through September 1783. In this novel we see more of Lewrie’s development into a skilled naval officer and a gradual maturing of his character.

The novel opens with the Battle of St. Kitts.

END_OF_DOCUMENT_TOKEN_TO_BE_REPLACED

What does this have to do with the Age of Sail?

END_OF_DOCUMENT_TOKEN_TO_BE_REPLACED

Age Of Sail
Create a free website or blog at WordPress.com.